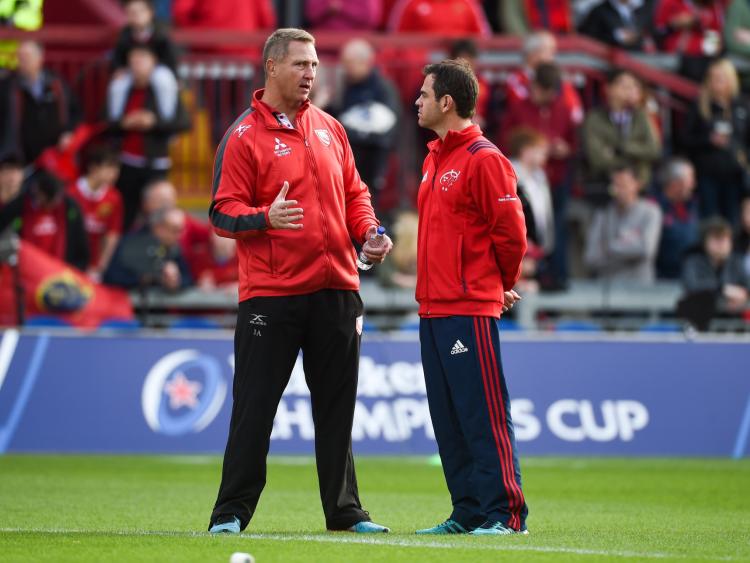 Gloucester head coach Johan Ackermann refused to get into a 'debate' about Danny Cipriani's red card during Saturday's Champions Cup meeting with Munster at Thomond Park.

The tackle, below, was deemed to have been a hit to the head from the former England number 10, but Ackermann feels that intent should be taken into account when referees are making these game changing decisions.

Also on the audio above is Gloucester's captain Ed Slater who admits that player welfare is key, but that these types of tackles need to be looked at.

Munster scored five tries in all to claim a maximum five-point haul before an official attendance of 23,068. The complexion of the game changed in the 29th minute with the red-carding of Gloucester’s England international out-half Danny Cipriani.

Danny Cipriani has been sent off

He knew straight away he was going to be shown red for this tackle.

He apologised on his way off but his week has gone from bad to worse... pic.twitter.com/XGga2MHz2P