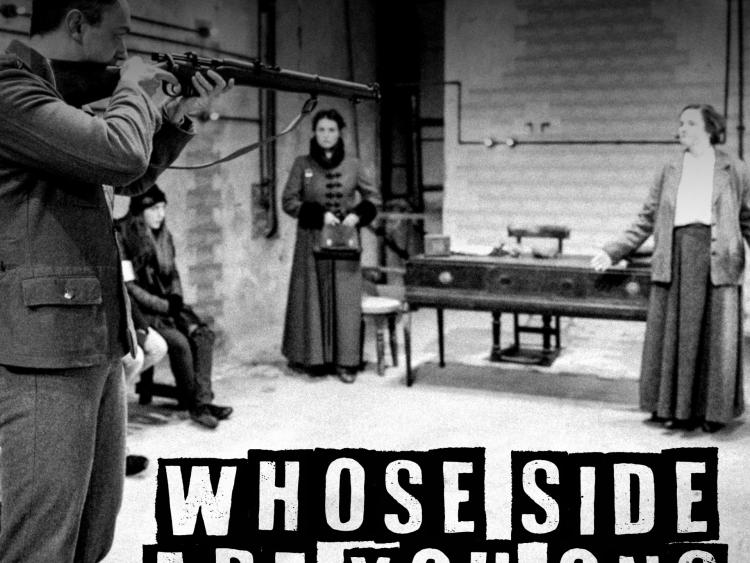 The Brad Pitt Light Orchestra are releasing the powerful, uplifting single ‘Whose Side Are You On?’, a Limerick music collaboration with Emma Langford and Thick As Thieves. The song serves as both a rallying cry and a warning against complacency.

Whose Side Are You On? was written by the The Brad Pitt Light Orchestra’s songwriter David Blake as a reaction to a certain notorious 2016 election.

Then last year, it featured as the stirring finale to the Gúna Nua Theatre Company’s 2019 award winning theatrical spectacle Bread Not Profits. The play, written by Mike Finn, commemorated The Limerick Soviet - a fascinating historical chapter when the city last found itself in lockdown. Blake wrote the music. Appropriately, the song was recorded (remotely!) during the 2020 lockdown, featuring vocals from the wonderful Emma Langford and the fabulous Thick As Thieves (Lesley-Ann Halvey and Phil Aherne), who also performed in the show as storytelling troubadors. The cast can be heard belting it out on the recording too. The music video, edited by Shane Serrano, includes footage of the theatrical production.

This promises to be the first of many releases by The Brad Pitt Light Orchestra this year.

‘Whose Side Are You On?’ will be available on all the usual Digital Platforms from June 23rd 2020. See The Brad Pitt Light Orchestra’s Facebook page and Twitter for details.